"Live On The Air" CD 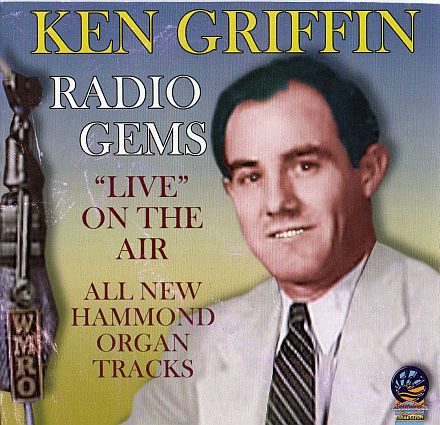 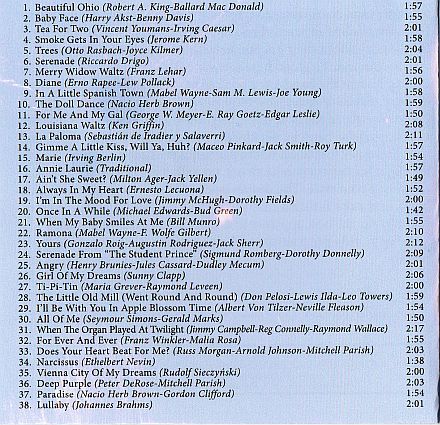 38 tracks from Radio Transcriptions. Special shorter arrangements of Ken's well known numbers made for 10-15 minute programmes or in-fills when radio stations required
to fill gaps between programmes. You will know and may have most of the tunes already but here they are simpler arrangement without many of the enhancements normally
made on his commercial recordings and as you woud hear in his live performances. All on the Hammond organ in Ken's interesting style.

No prices stated. Check at: Turfer@Cityhallrecords.com 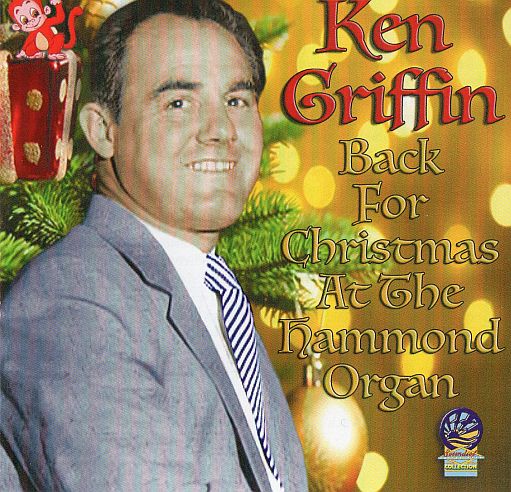 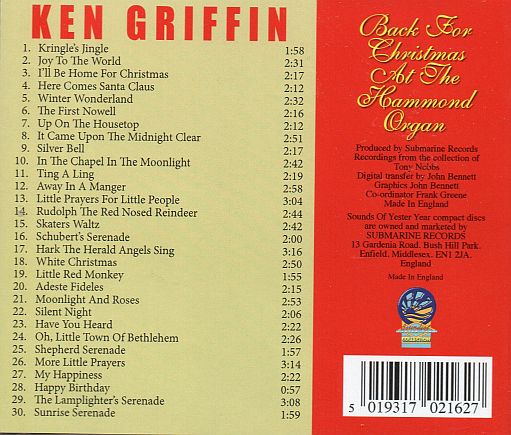 No prices stated. Check at: Turfer@Cityhallrecords.com 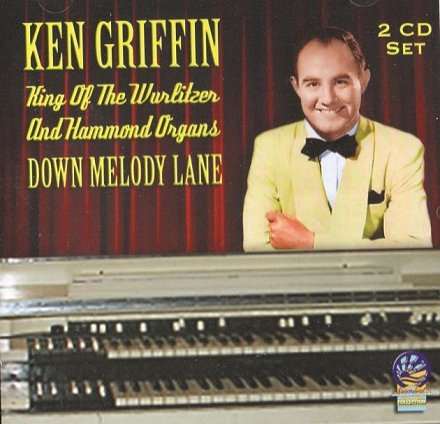 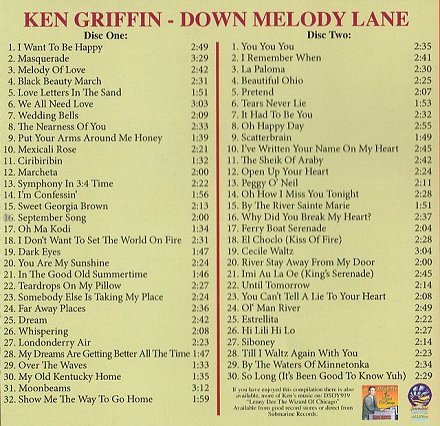 With thanks to Brian Wessell who explained that he purchased the CD set via Amazon at $20 with shipping.

Found this CD on Amazon.com available for pre-order––to be released April 16. Hope the transfers are good!

Those I marked (???) are not in your discography or Don Boudreaux's and I am not familiar with the tuneBaby Rocks On (unless they have the wrong title for
Happy Birthday Medley from Broadcast Records.

Also Have You Ever Been Lonely, although I know the tune, is not in the discographies, either.

Bill: I suspect that you are correct about Baby Rocks On. Happy Birthday it appeared on this page as a playable mp3 file some while back, along with another
less known/used track by Ken, My Life's Story.

I do have a copy of Ken playing Have You Ever Been lonely, which is on a Broadcast  78. The B side is either Do You Ever Think Of Me or My Life's Story,
if I have the tracks in successive  order. The reason I have missed this for theDiscology is that it is on a CD of 78's that was sent to me when this Web Site
started and with all the other tracks being in my 'official' collection it didn't show up when forming the Discology.  I will put this right once I know the record
it belongs to.

There is nothing new in the CD set but it will be interesting hearing what the tracks sound like and whether they have received any professional remastering.

It is interesting noting that the B&W photo of Ken that I received from Kirby Griffin back in the late 50's, early 60's has been used on the front cover and has
received some very nice colouring via a computer graphicprogramme.

I couldn't get anywhere with the Amazon link above. I found the CD set by tying in the CD name into Amazon's web site and found that you can only request
to be informed when the CD's are ready for sale...

Click on this link: The Wizard Of Chicago CD Set.

According to Bryon this set has been set-up by Tony Nobbs, who dealt with Jasimine records to produce the ealier CD set but is now dealing with another company. Apparently Jasmine
didn't wish to progress with Ton'ys plans for producing more CD's by Ken. It looks as if the tracks on this latest CD set are from the selectionof  recordings I sent Tony when he first
considered producing new CD's of Ken's records.

Back To Home Page