In 1906, when the vacuum tube was invented, research into the art of electronic music began almost immediately.

Frederick Lowrey produced a working model of an electronic organ in 1918, and until World War II, experimented with many different tone-generating systems
.  In the late 1940s, the Eccles-Jordan circuit was developed, a very stable generator that was a Lowrey exclusive.

In 1941, Lowrey put on the market the famous Organo, an organ-like keyboard placed on the front of a piano keyboard.  This was a very successful and brisk
competitor of the Hammond Solovox.  Unlike the Solovox, which used unconventional stop terminology, the Organo used conventional stop names like Flute, Principal, etc.

In 1955, Lowrey came out with its first commercially successful electronic organ.  This was the Model S or Berkshire.  It had two 44-note manuals and a
13-note pedalboard, and was very popular for home use.  Another spinet model at the same time was the Lincolnwood Model SS, but in 1959, this would become the
Lincolnwood 25 Model SSO-25 with two full 61-note manuals and a 25-note pedalboard.  The Festival Model FL, also from 1959, was a full console with no bottom like a
Hammond B-3.  Unlike the B-3, the Festival had its speakers mounted under the tone generator.

In 1956, the Glide, a foot switch located on the left side of the expression pedal, was introduced, permitting the effects of a Hawaiian guitar “glide”, the smear
of a trombone, the glissando of singing strings and the effect of a calliope.  The Glide dropped the pitch of the organ about a semi-tone and cancelled the vibrato.

In 1964, Main Chorus Reverb. was introduced, but the important landmark of the year was the change to transistors.  Also, the first Lowrey theatre organs a
ppeared this year.

A Lowrey innovation is Bass Guitar,  a plucked, sustained 8’ tone on the pedals.  This is now a standard feature in entertainment organs.

In the mid-1960s, rhythm instruments were added that responded to a touch of a pedal or the lower keyboard.  In 1968, automatic rhythm was added.  In 1969,
Lowrey introduced the first built-in cassette player, a feature later abandoned by all manufacturers.  A little known instrument of Lowrey’s was a full two-manual and
32-pedal church organ, Model CH-32, manufactured by Rodgers under the Lowrey name.  In 1965, Lowrey acquired the venerable Story & Clark Piano Company and for
less than a year built pianos under the Lowrey name.  They also manufactured Story & Clark organs, but after a while this stopped as Lowrey was now competing against
itself.  Lowrey was also involved with the manufacture of the Cordovox, an accordion with organ stops.  This was an accordion that could be played as an accordion, an
organ or both at the same time.  Lowrey was also the importer of Farfisa portable band organs made in Italy.

In 1970, the Genie came out with automatic left hand and pedal.  This is not really playing an organ, but what the hey?  Much more important developments
were the Brass Symphonizer and String Symphonizer, debuting in 1971 and 1972 respectively.  There were small-scale synthesizers incorporated right into the upper
manual.  Many beautiful orchestral effects could be achieved.  The console Model H25-3 was a great theatre organ with both of these Symphonizers.

The 1970s were indeed a lively time for electronic organs.  Lowrey organs became so popular, they actually broke Hammond’s overwhelming lead in the industry.
Lowrey became America’s most popular organ.  In 1979 and 1980, the organ was the most popular instrument in America and Lowrey was on top.  Two landmark models
were the MX-1 with its great orchestral sounds and the Celebration Model C-500 with its sparkling percussion voices.

Lowrey was bought in 1988 by Kawai and was only closed for about six weeks +/- during the transition between the seller (Gary Grimes) and Kawai.  It took a
bout two years for Lowrey to switch from the G series tone generators to the new NT series (Kawai).  The new NTs:  MX-2, Heritage and Holiday came out in 1990. 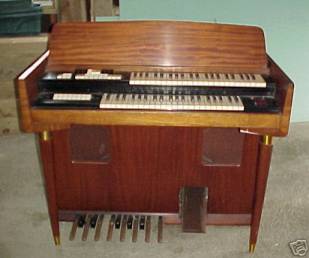 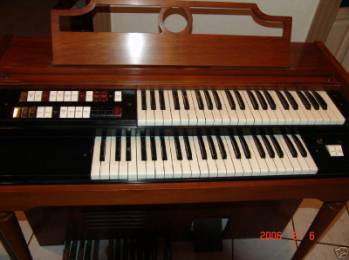 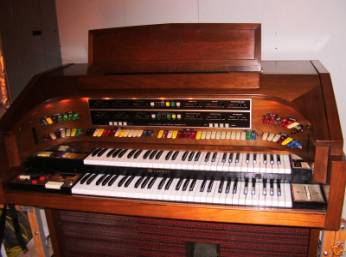 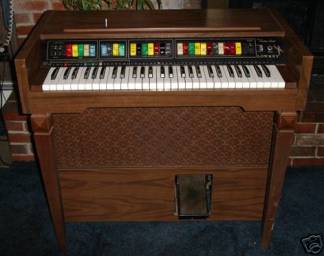 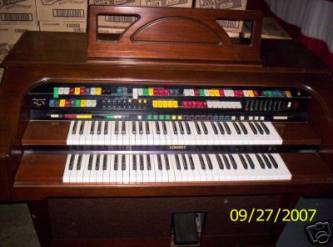 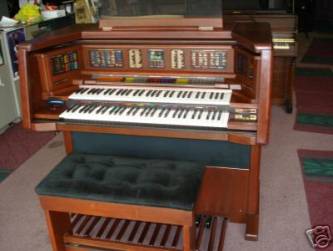