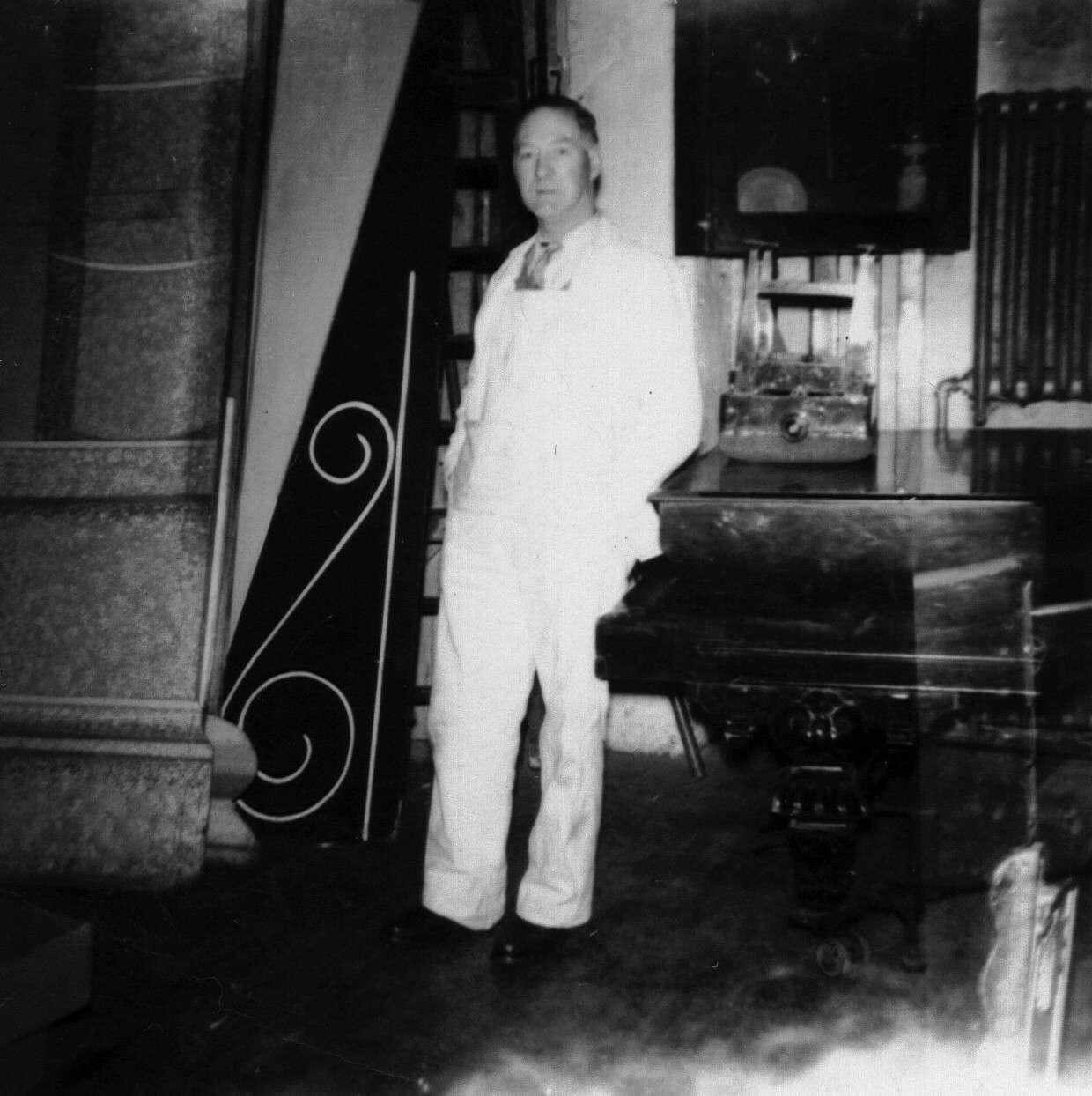 Ernie Cooper (theatre painter) was a great chap. We had many enjoyable chats about past shows, artists and events. Ernie stands by some of the scenery he had just freshened
up during  one of the long closure periods. To his right is the Tivoli's Grand Piano 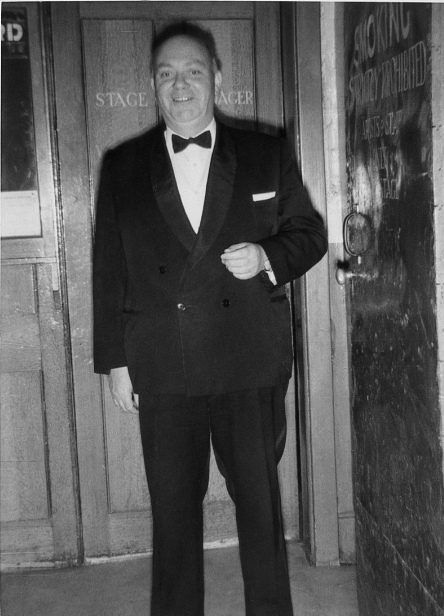 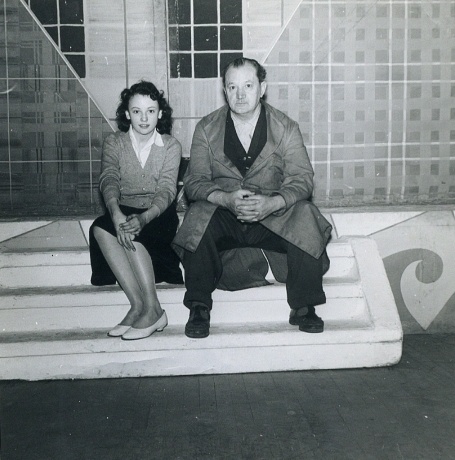 Left: Tivoli Manager, Andy Foley, outside the Stage Manager's Office.
Right: Stage Manager Dave Alan and his daughter. Dave followed his brother,
Bert, whom in his time managed during some of the Tivoli's greatest moments.
Dave retired on closure having seen the Tivoli's lowest moments

The Tivoli became a Bingo club until the late 90's and today stands empty, but protected as a listed building. Attempts have been made to reopen it as a theatre but never come to anything. Over the last few years it has been opened
to the public during the once a year 'Open Doors Day' when guided tours of such buildings are in operation. Outwardly the building is looking rather forlorn and will only ever receive a fresh coat of paint should it reopen as an
entertainment venue. Perhaps it will glow with bright lights and laughter again, stranger things have happened!

What was it like actually working at the Tivoli! Like any job it had it's up's and down's, but on the main it was a happy place where serious work had to be carried out to quite strict time scales. On a Monday you started at 8.30am
and because the previous week's show had to be dissolved.