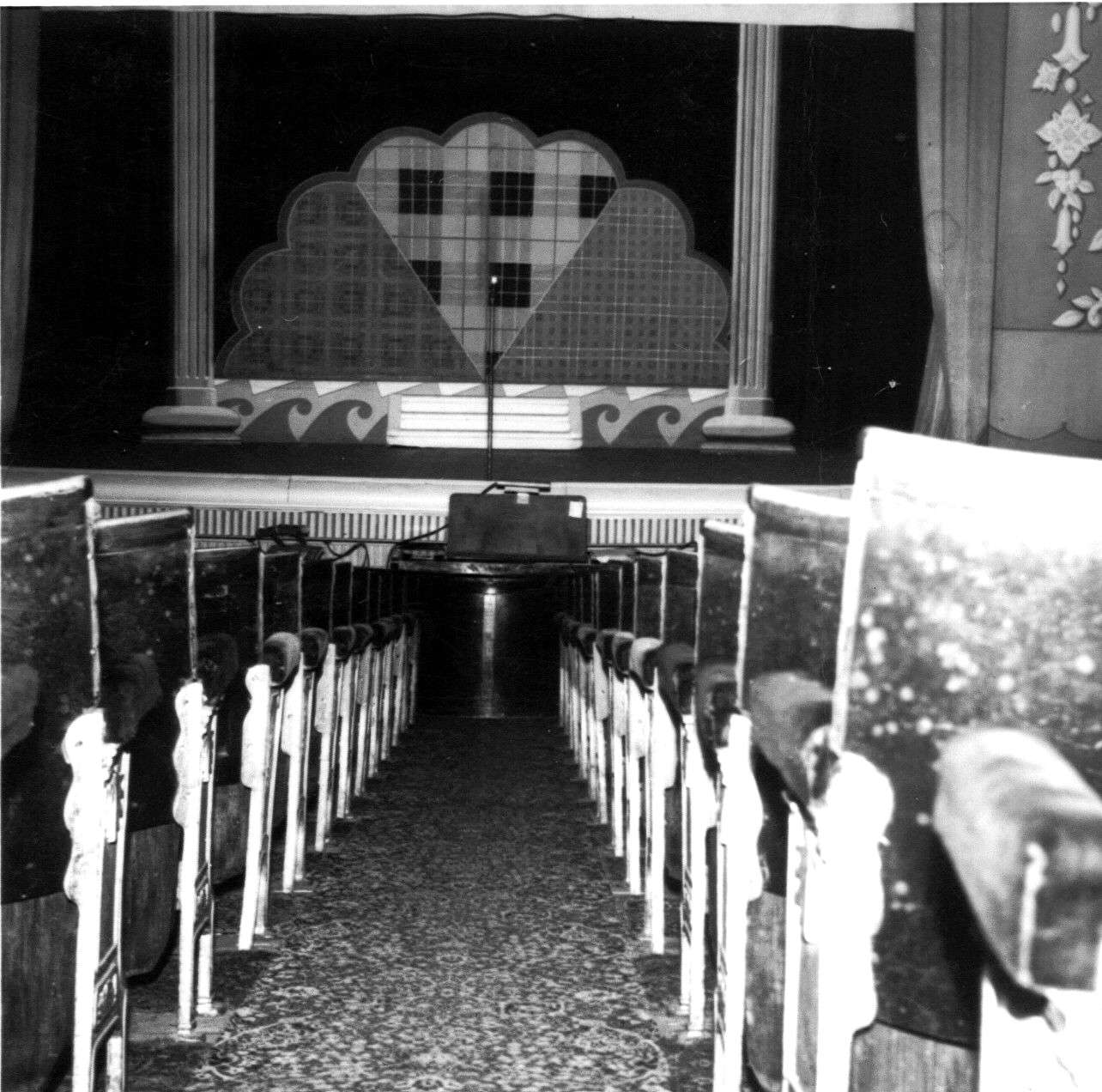 The stage and orchestra pit taken from the Stalls. The theatre had been closed for some weeks and everything had been washed, cleaned and polished ready for the opening of the Jack Milroy Show in 1962. 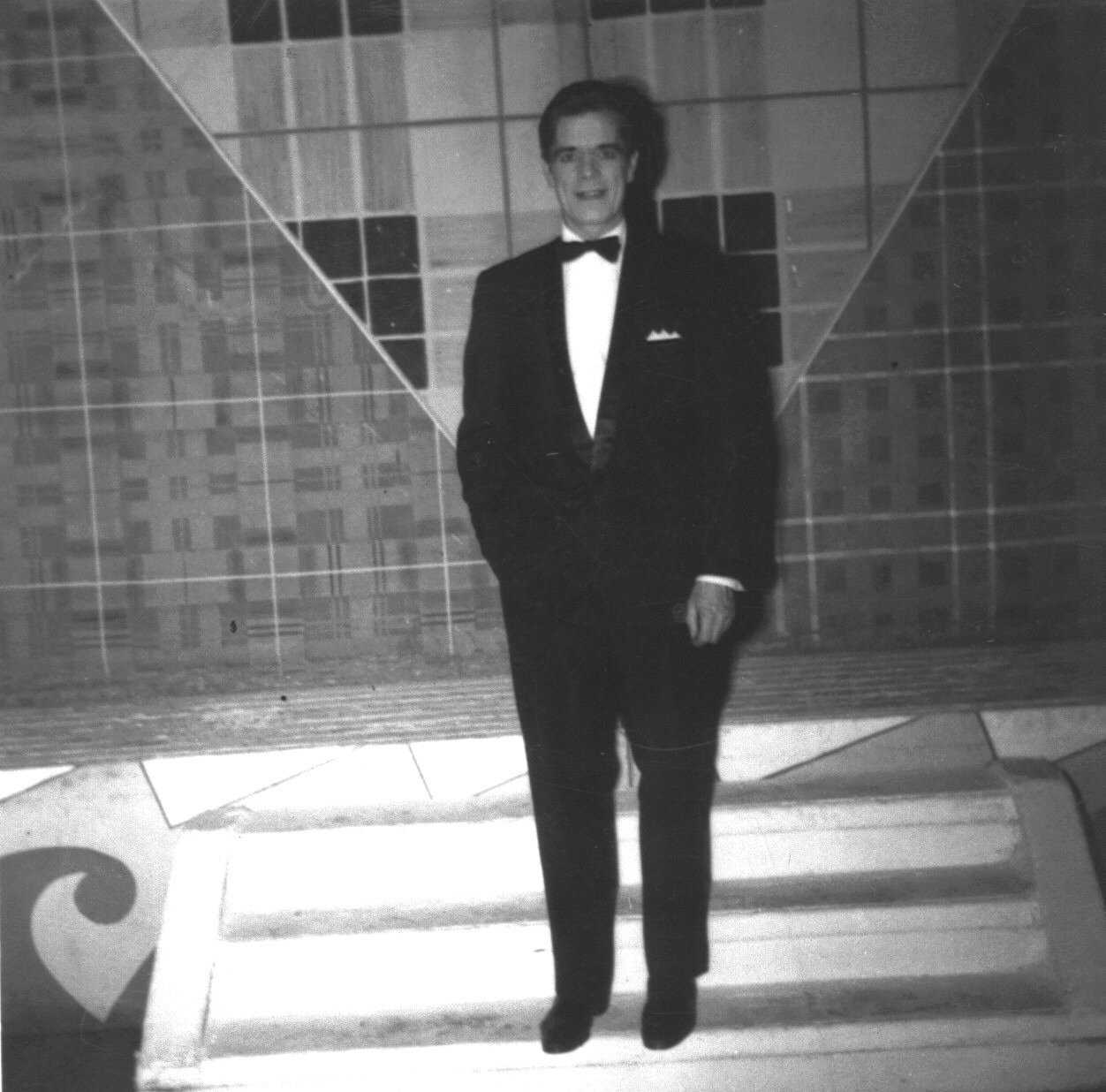 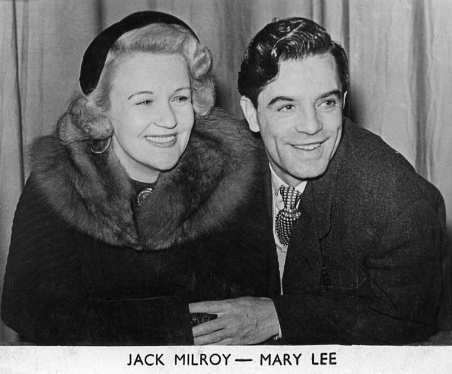 Jack kindly posed for this photograph, which I treasure very much. Jack never put on airs and graces and would talk to everyone on the same level. He would quite suddenly drop  in the work room and chat over a cup of tea. If an
artist add-libbed a joke during a sketch that raised a laugh Jack would tell them to keep it in for the rest of the week. Many supporting artists were told off or even sacked for upstaging the star of the show. But Jack thoroughly
encouraged them. On the right is an autographed photo I got from Jack at the stage door around 1952/3. Around the time of Jack and Mary's wedding.

Sadly, Jack died in February 2001, aged 80. He was presented an O.B.E. by the Queen for services to entertainment. Mary had been quite a successful singer in her own right. The greeting of ''Hello R'ere'' and ''Hello China'' will forever
be Jack's catch words.

Most of you outside of Scotland will probably have never heard of Jack Milroy but to me he was a star as big as Bob Hope or any other well known International star, albeit within Scotland. Stars who remained in the home stage
seldom made it to U.K. National or International status, but that made them no less a star. You can go to a very nice web site dedicated to Jack at: http://www.paviliontheatre.co.uk/loganmilroy/milroy/index_milroy.htm and learn more
about this great comedian. This web site, which is run by the manager of the Pavilion Theatre in Glasgow also includes a dedication to the late Jimmy Logan.