Members gather at the Bar.

Irene Sharp. Along with her late husband, George Cormack were a very successful singing duo
and along with their stage and radio work performed on cruise ships for many years. 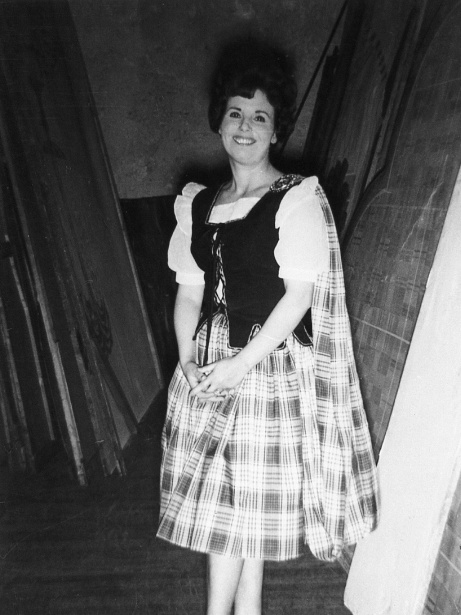 Betty Melville at the Tivoli Theatre, Aberdeen in 1962

My thanks to SMH&VTS Chairman Derek Green, Bob Bain, Bill Green and to everyone who helped in organising this very enjoyable day.
And to Moira Hepburn who entertained the afternoon playing the piano.

Any additional information would be most welcome. reidcrcwdr@aol.com